While visiting my son who launches rockets for Space X every few weeks from Cape Canaveral .... I got a chance to KAP a space launch. 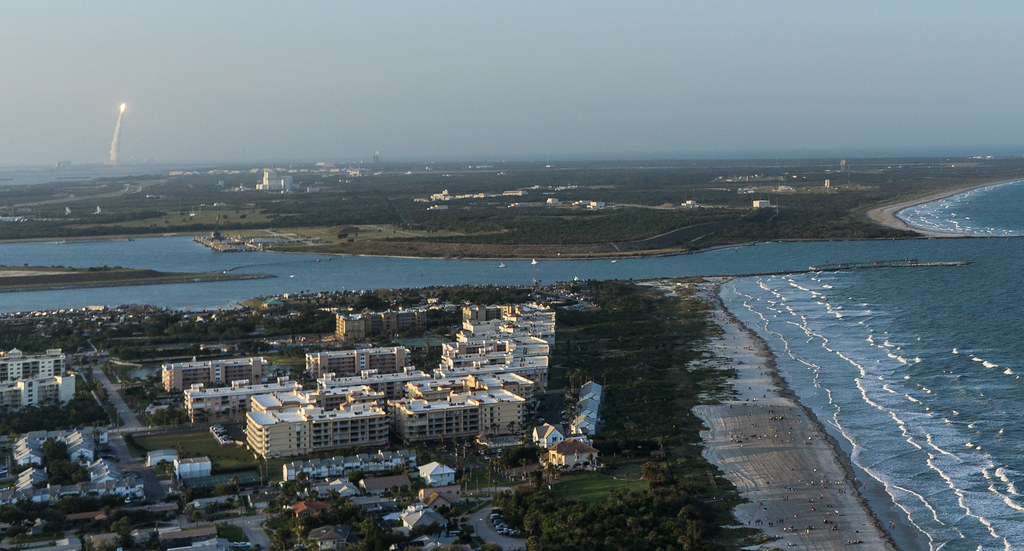 The wind was blowing 15 knots out of the South East.

The lighting was touch and go as the launch time was just before sunset with light levels dropping quickly. Launch times can be variable with hold times.
.
The launch site Space Launch Complex-41, Cape Canaveral Air Force Station was several miles away from my location on Coco Beach Port Canaveral Florida.

The normal auto pan and tilt Auto KAP would not work as launches are fast taking just minutes to push into space. I decided to disable both the pan and tilt servos by simply un-plugging the servo cables from the CAMRemote controller. I set up a dual camera KAP rig (Sony A6000 shooting stills and Hero3 black shooting HD video). The setting sun made the exposure selection important. I selected 1/640 second shutter speed with a F 5.6 stop and auto ISO.

The wind is critical .... shifting wind direction and speed can change the camera pointing angle... to a point where you miss the KAP shot altogether....

I took some simple bearings from my location on Coco beach to the Space Launch Complex-41, Cape Canaveral Air Force Station using google maps on my phone. I set up a simple fixed bearing with my auto KAP rig. The actual rocket launch site is actually beyond your visual horizon.....hard to get a fix on the direction to point the cameras....It took a few attempts to get the angle I was looking for. I activated both cameras and sent the kite and KAP rig high into the sky.

Normally with auto KAP you shoot down looking at the ground....here.....I needed to look both horizontally and up!.....not easy with fixed auto KAP....chose a straight horizontal viewing angle to capture the first 30 seconds of the launch.

Luck also plays an important role. Launches sometimes get delayed.... This time....the wind held steady....The launch was on time.... the light and exposure settings were workable.....

The stills and 2.7K video came out great.....only down side....after a quick preview on my computer during post processing I accidentally deleted the video files......add to my long list of KAP dumb mistakes....

Enjoy a few KAP shots and more in this flickr album. 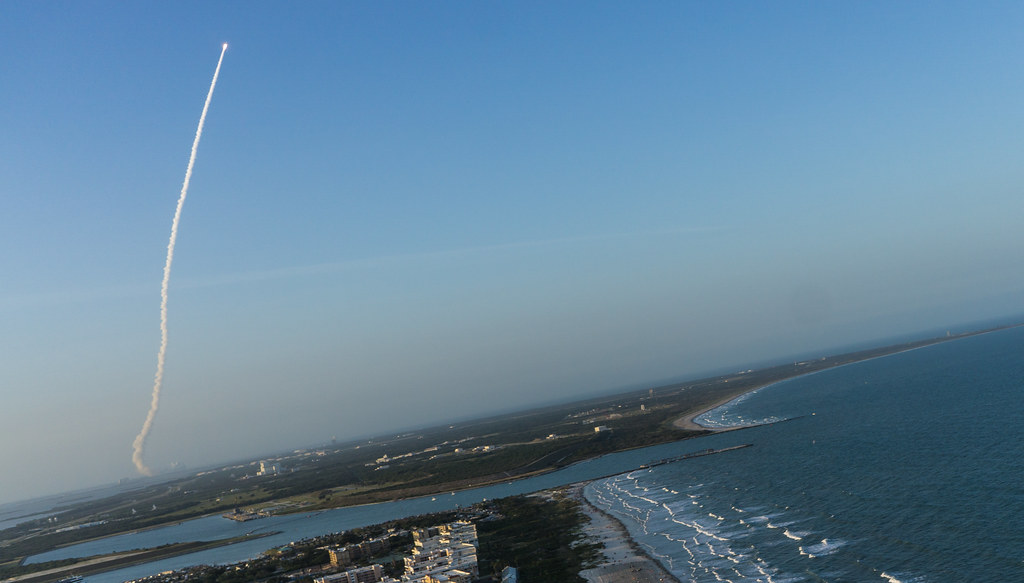