Hoo Dat
August 2019 edited August 2019 in Kites
Unfortunately, I don't make it around these parts nearly as much anymore since switching primarily to drones for my aerial photography (I know, sacrilege). But I wanted to leave a plug for a fantastic custom kitemaker I recently used.

Although I don't do much KAPing these days, I do still enjoy kite flying. I recently decided to explore having a kite made with a custom design for our family. I designed a Rok using Illustrator/Photoshop, then set about finding someone who might be able to make it. After some internet searching, I contacted Paul and Helene at Skybums, in Shropshire, UK.

I do not have adequate superlatives to describe the work they did for me. They followed my emailed design perfectly and constructed an exquisite product. The kite is extremely well built, and flies like a dream. I literally fly it out of my hand and it stays nailed in position. They even tuned the bridle and and the tensioners during a test flight, and marked the appropriate tie-off spots on both to make set-up easier on my end. This was all done for a very reasonable price and in about a month.

Since this is a KAP forum, I'll also mention that, for old time's sake, I sent an AuRiCo controlled rig and camera up (shooting!) and the kite effortlessly lifted it quite high. The Rok is 7 feet tall and can pull like a bear if there's much wind! At the same time, it was so stable, I was able to leave it in the hands of my kids while I launched a drone to get some shots of it from the air. I'm working on a book of my years of aerial imagery (KAP, drones, planes, etc... even an Estes rocket) and I wanted some shots of my KAP rig in the air.

Below are a few photos of the kite, including some with the KAP rig. If you are looking for a well-built custom kite, I would give Paul and Helen at Skybums my very highest recommendation. I am quite sure I'll be working with them on other future projects. 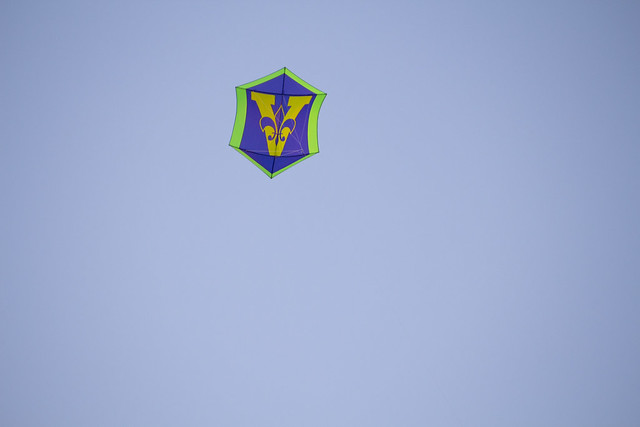 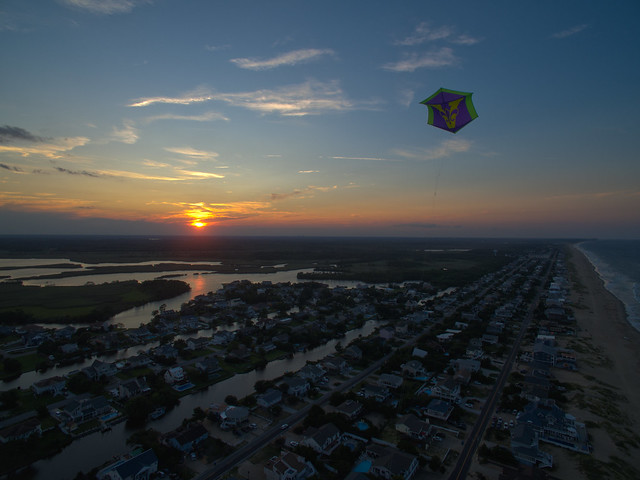 Here's a sunset shot with the KAP rig attached: 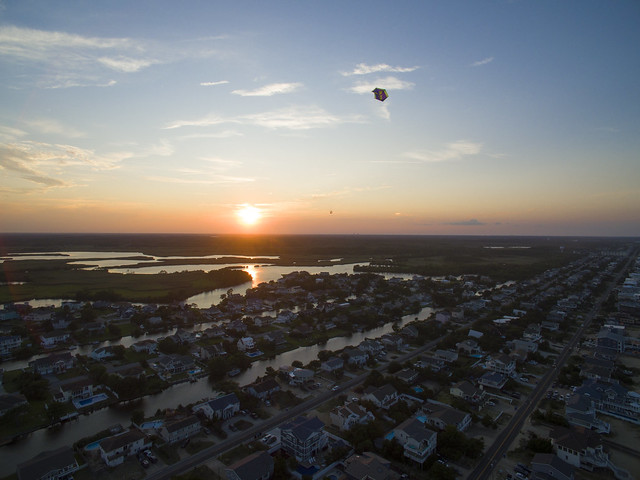 The plane isn't nearly as close as it looks here: 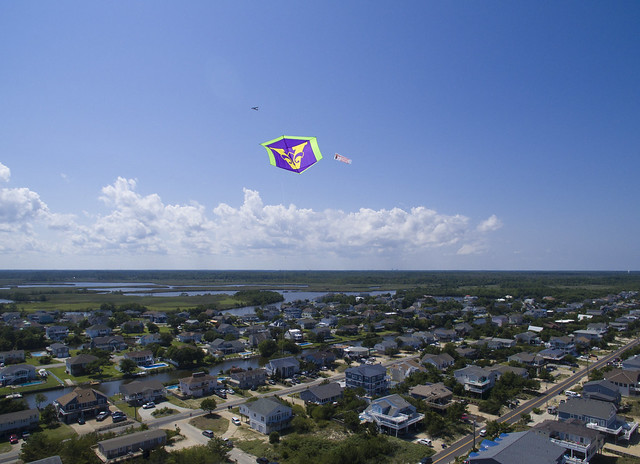 As an illustration of just how stable it flew, on one flight I attached the KAP rig MUCH closer to the kite than I normally would-- probably only about 15 feet down from the bridle. This was to try to more easily get a nice drone photo of the kite and rig together. Even this unconventional setup was simple to execute. The kite just hung in the air while I attached the rig. 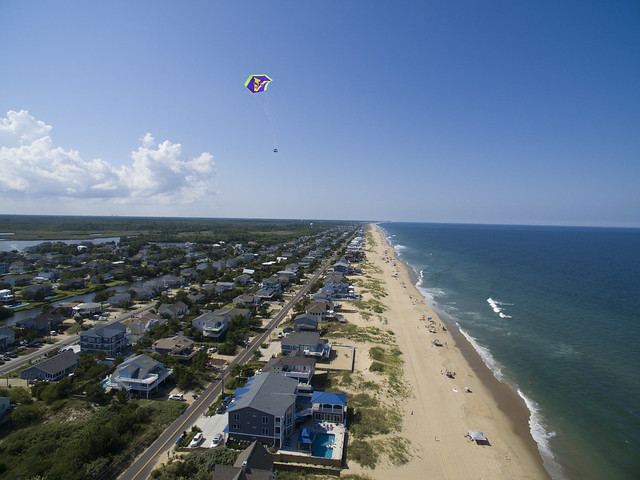 And finally, perhaps my favorite one. This ground based shot of me teaching the fundamentals of KAP to my teenage daughter, who has been watching me do this crazy stuff since infancy. 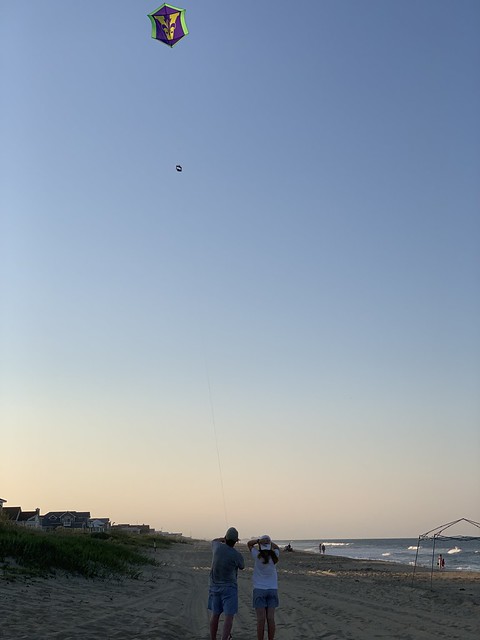 There are plenty more shots on Flickr. Thanks for reading, and give Paul and Helene a call if you want a really nice kite for your next KAP adventure.