I am slowing replacing and rebuilding items that have been lost.

I have been working towards a couple of new Rokkaku KAP kites. I initially reached out to Piotr (BlueKiteTeam BKT) who has sewn for me several high quality KAP kites (Rokkaku and Dopero kites). Piotr informed me that he is taking a break from sewing kites... ;-( He did point me to SMAC (from Italy) who is also know as an excellent kite maker.

SMAC was very fast in sewing the kites and they arrived at my door just a few weeks after placing the order with SMAC.

Work load for me has been very high which delayed the framing and test flights over Wind Watcher proving grounds.

This past week the work finally eased up a bit and I was able to frame both kites (using SkyShark P400 wrapped carbon tubes).

The first flights for both kites in the skies above the Wind Watcher proving grounds were very favorable.

The new Rokkaku kites few straight and true with good elevation. The winds were light ranging from 10-15 mph with occasional gust to 18-20 mph. The kites had a good steady pull and could easily lift a moderate weight KAP rig. The Rokkaku kites did well in the gusts and fought to move higher in the sky as apposed to some Rokkaku kites that get distorted and get pushed lower and lower (which is not a good thing if you have a KAP rig attached!). The new Rokkaku kites few at high angles (good for KAP) and did not lose their pull (lifting ability) during short overflies (also good for KAP).

Both kites put a smile on my face. I am planning on a few tweaks in the framing and in speeding rapid field set up for travel kites in the days ahead. Expect to combine these two new kites with the recently built new KAP rig.

Thank you to SMAC for some excellent work.

The fist photo below shows the two new Rokkaku KAP kites (yellow and red) compared to my blue Rokkaku from Piotr which is 8.5 feet tall and wider. The two Rokkaku kites from SMAC have a bit higher ratio of length vs. width compared to the blue BKT Rokkaku.

Enjoy additional photos below and in this flickr album. 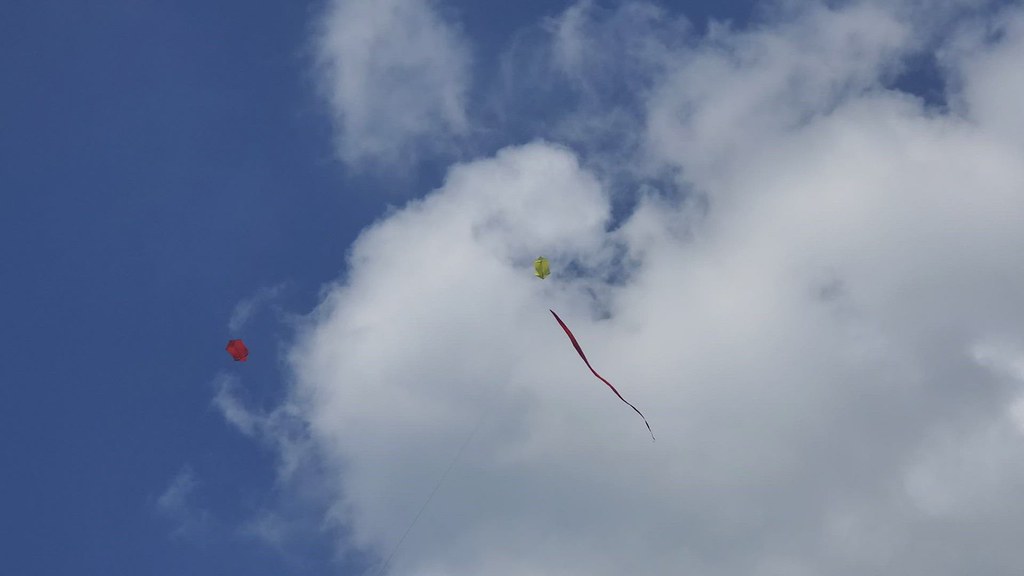 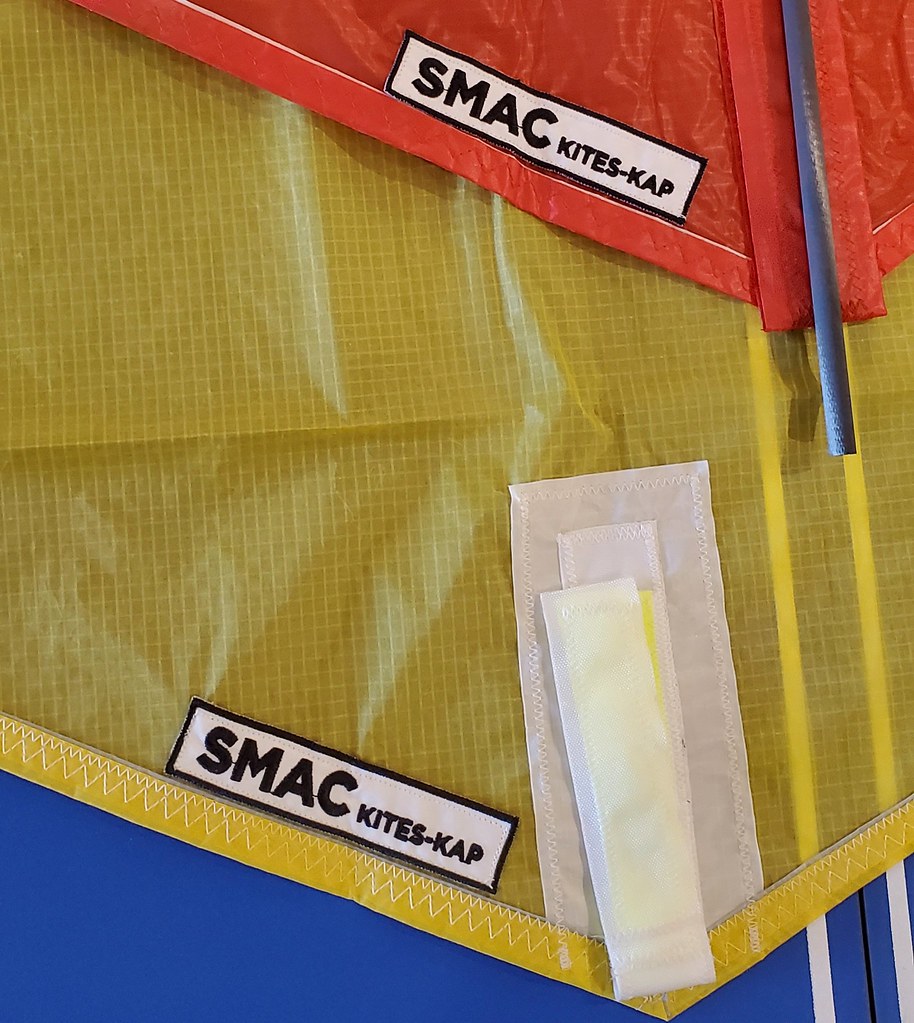 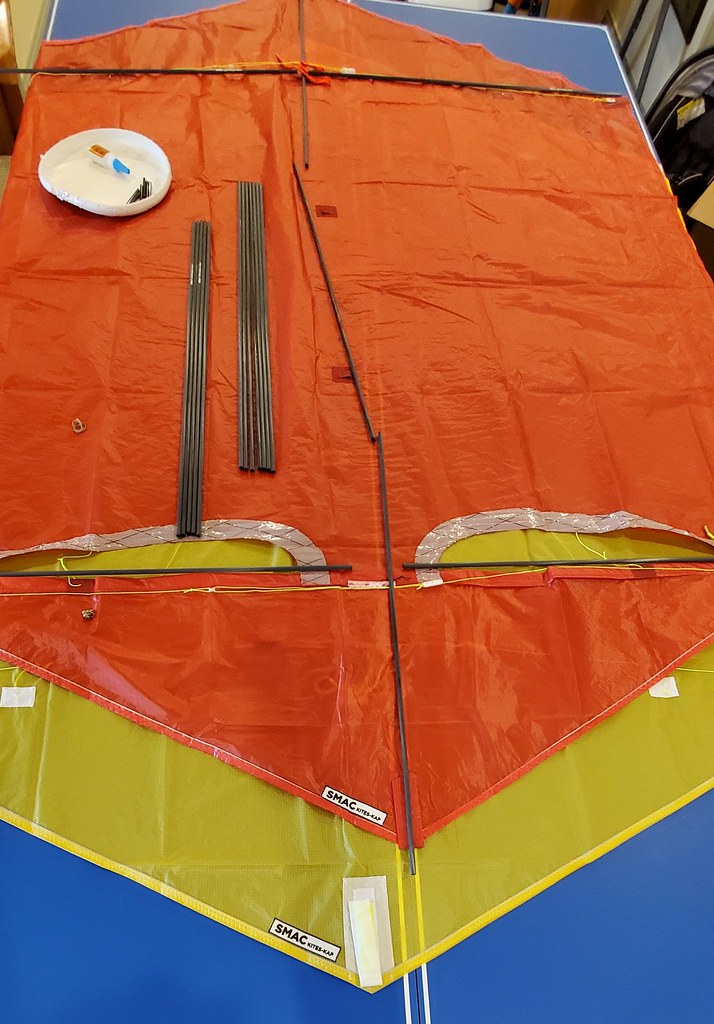